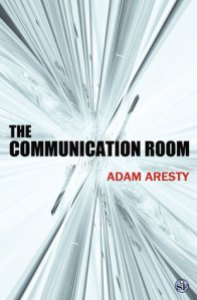 Leonard Ackerman works at a remote army base trying to solve the greatest threat facing mankind. An alien invasion that has eroded our species down to very few numbers as far as Ackerman can tell. His base is compromised and Ackerman retreats to a laboratory he has never been inside, locking himself there with the enemy right outside his door. Inside the lab are thirteen telephones—from the American civil war through to Ackerman’s present day, about 100 years from now.
This laboratory seems to be some sort of closed experiment and Ackerman discovers that he cannot exit the lab until the experiment has run its course. The method and ultimate goal of the test is beyond his reach for now… but the first telephone rings and the only thing Ackerman can do is answer… – Goodreads synopsis

I received this book from the publisher in exchange for an honest review.
As soon as I start reading that an author is “award winning” in a pitch from a publisher, I tend to be suspicious about the book they’re trying to get me to read.  However, the idea of being locked in a laboratory full of phones from various points throughout time was too intriguing for me to pass up.
The only negative I have about The Communication Room is that it’s too short.  I think it would be an even better story if it were closer to novel length rather than only a novella.  Other than that, it’s a terrific example of the Science Fiction genre and would fit perfectly into an anthology, perhaps between two much shorter pieces.
For anyone interested in trying out some Sci-Fi, this would be an excellent choice.  It only takes an hour or so to read, so it’s not a huge investment.  Besides, I think this story just might get anyone new to Sci-Fi hooked and wanting more.  I’ll definitely be looking into reading more of Adam Aresty’s work and seeing what else Vagabondage Press has to offer.